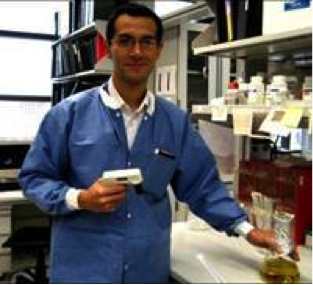 The Problem - leukemia is a cancer of the blood or bone marrow and is characterized by an abnormal and uncontrolled growth of white blood cells. Despite the current treatments, which are associated with significant side effects, disease progression is common. However, new cancer treatments are being developed to help a growing number of patients achieve remission or be cured of their disease. In the laboratory, we can genetically modify the T cells, inducing the expression of an artificial molecule, which redirects the immune response against the tumor cells. These killer T cells can specifically target and destroy leukemia cells, without side effects. Recent clinical trials have shown that these cells do not persist for sufficient time to completely eradicate all the tumor cells in every patient. We propose to improve the survival and growth of the modified killer T-cells and overcome this deficiency. To achieve this goal we will modify our killer cells with two synthetic genes; the first gene allows the T cells to specifically recognize the tumor cells by targeting a cell marker (called CD19) expressed on the leukemia cells, and the second gene helps the killer T-cell survive by allowing it to respond to a natural growth factor (called IL-7) produced by the body. The modified killer T cells should now be able to better grow and survive and eradicate leukemia. In this way we will develop a safer and more effective cell therapy for leukemia patients.

The Result - Dr. Vera generated a new retroviral vector encoding a chimeric T cell receptor targeting the Kappa light chain CAR-Kappa (a protein expressed on leukemic cells) in combination with IL-7R. It demonstrated that T cells modified with these genes were capable of recognizing and killing B cell tumors in an antigen-restricted manner and that the expression of IL-7R improved the expansion and survival of these leukemia-directed killer T cells in vitro, and these preliminary results were presented at an oral session at The American Society of Gene & Cell Therapy (ASGCT) annual meeting on May 2010 in Washington, DC.

What we learned - During the project, Dr. Vera demonstrated that by genetically   transferring the IL-7 receptor into T cells, responsiveness could be restored to this cytokine resulting in enhanced in vivo proliferation and survival in the presence of IL-7 cytokine, and this work was published in 2009 the scientific journal Molecular Therapy (2).

Where do we go from here? - We now plan to move forward with these discoveries and perform safety and efficacy studies in animal models using the retroviral vector co-expressing CAR-Kappa and IL-7R. The results of this work will form the pre-clinical basis for a subsequent clinical trial in leukemic patients. 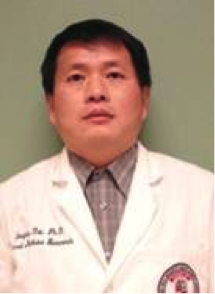 The Problem - Dr. Dai’s research team has recently identified a special structure in Bcr-Abl-positive leukemic cells that resembles the structure found in other tumor cells. They postulate that this structure may play a critical role in regulating the movement and invasive behavior of leukemic cell. Induction of this specialized structure in certain types of cells is associated with increased ability to cross tissue boundaries. Development of this structure, named invadopodia, in tumor cells is thought to be a key event leading to cancer cell transfer in patients with solid tumors. Dr. Dai’s team has identified several important molecules that are involved in the assembly of this structure in Bcr-Abl-positive leukemic cells. They therefore propose to characterize this specialized structure in leukemic cells by an approach called pathway-specific proteomic analysis. In his proposed research, Dr. Dai will attempt to identify the key molecular events that lead to induction of this specialized structure. His research team then will test if these molecular events are required for leukemia disease progression in a bone marrow transplant mouse model. The outcome will aide in understanding how abnormal cell movement and invasive behavior are developed in leukemic cells in hopes that it will shed light on the mechanism associated with leukemia development and help to develop novel diagnostic and therapeutic approaches for the treatment of CML.

The Result - Using a mouse model, we were able to show that experimentally changing the level of this molecule may affect leukemic cell homing to spleen and liver. More recently, we discovered that the formation of invadopodia in leukemic cells is controlled in part by a molecular process termed protein phosphorylation. This process works like a switch that can turn “on” or “off” the function of the regulatory proteins that are important for invadopodia formation.

What we learned - Understanding how the abnormalities in cell movement and invasive behavior are developed in leukemic cells may shed light on the mechanism associated with leukemia disease progression. Identification of molecular events important for the development of these abnormalities will help to develop novel diagnostic and therapeutic approaches for the treatment of human leukemia.

Where do we go from here? -  The studies now are underway to find out how exactly this process works to control the invadopodia assembly and disassembly. 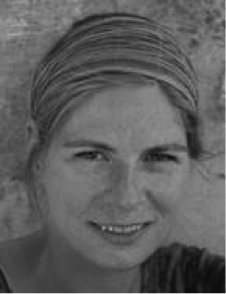 The Problem - Myelodysplasia (MDS) can be sub-classified into low risk and high risk groups, from which progression towards leukemia is common. The molecular differences between these MDS subclasses and the mechanism of progression are as yet unclear. Dr Fuhler planned to investigate the differences in  kinome profiles from CD34+ cells from high risk and low risk MDS patients compared to healthy controls in the hope to identify signaling pathways that might predict, or be involved with, disease progression to leukemia.

The Result - Our analysis indicates that whereas normal cells respond to a high degree to stromal cytokines by up and down-regulation of kinase activity, low risk MDS progenitor cells are relatively inert to stimulation. As SDF-1 is important for blood cell development, this might partly explain the blood cell maturation defect observed in these patients. In contrast, high risk MDS progenitor cells respond to SDF-1 stimulation with an increase in kinase activity. However, significantly fewer substrates were phosphorylated in unstimulated cells when compared to normal cells, a surprising finding in light of the fact that highly proliferative malignant cells are commonly assumed to have higher kinase activity.

What we learned - As kinome profiling is a relatively new technique, no consensus has yet been reached as to how to properly analyze the huge amount of data obtained by this technique. In the analysis as presented here, no account is made of the height of the spot intensities. In addition, variability between patient samples was relatively high due to the heterogeneous nature of the disease. Therefore, taking a mean of the data as a whole may lead to underestimation of signaling defects in individual patients. Unfortunately, being such a novel technique, no consensus is available for proper analysis.

Where do we go from here? -  We have organized the first kinome profiling consensus meeting, to be held in Rotterdam, the Netherland, on September 10th and 11th 2010. Recently, our collaborator Dr. J. Scholma at the Technical University of Twente has created a novel program for analysis of protein arrays. In addition, Dr. R. Milani of the department of Biochemistry, University of Campinas, Brazil has devised a new statistical method for analysis of data. Both Dr. Milano and Dr. Scholma, as well as other leading experts in the field of array technology will be speaking at this meeting, which is approved and funded by the Netherlands organization for health research and development, ZonMW. The object of this meeting will be to formulate a common proposal for the standardization of the kinome array technique. Pending the outcome of this meeting we will re-evaluate our data-sets, and proceed with validation of individual kinases on the westernblot samples and cytospots that were prepared for this purpose. As our current dataset is the biggest we have attempted so far, we deemed it worthwhile to assess all the possible methods of analyzation in order to obtain the most information out of our data set.